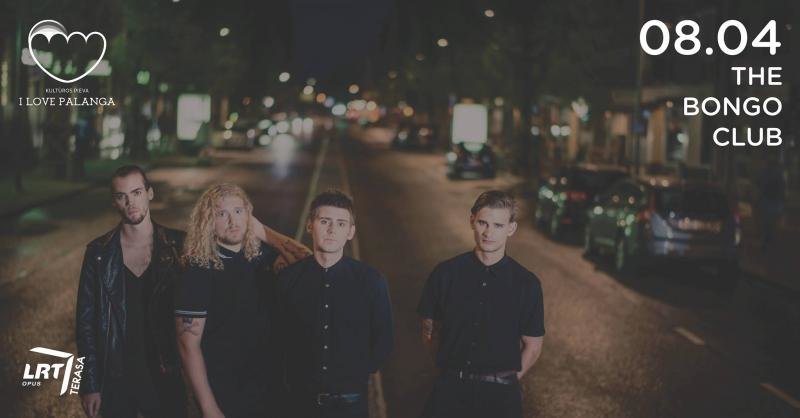 Three years and nine songs in to their career The Bongo Club have played close to 300 shows in 18 countries, including the UK, Germany, USA and obviously, their home turf, Sweden. Everlasting and noodle fed tours has given this energetic and talented band a following of fans pretty much all
across Europe.
It’s about rock'n'roll and being young, today. It's about entering the stage like a boxer enters the ring and leaving it 40 minutes later sweating, it’s about hating your day job and loving every minute in a half empty club on a narrow stage on a Friday night! No bad gigs, never a bad audience - just a band totally in love with what they do and wanting to take it all the way by working harder andbeing more to the point than the rest.
The label debut album “Anybody Have A Lighter?” was out February 23rd, 2018 and the first single, Seventeen, was mixed by legend Owen Morris while the second one, Tell Your Friends, has made both editorial playlists on Spotify and top ten places in the charts in Austria and Germany.
This spring the band was in the UK on tour, twice, playing prestigious festivals Sound City in Liverpool and Camden Rocks Festival in London, along with club nights - and in between those festival the band did a stint in Austria, Germany - and for the first time - Slovenia. For the summer they will be at festivals in Germany, Estonia and in Sweden before touring heavily all over Europe again in the fall. Touring is in their DNA and they are not changing the formula of winning their audience by playing one show after the other.