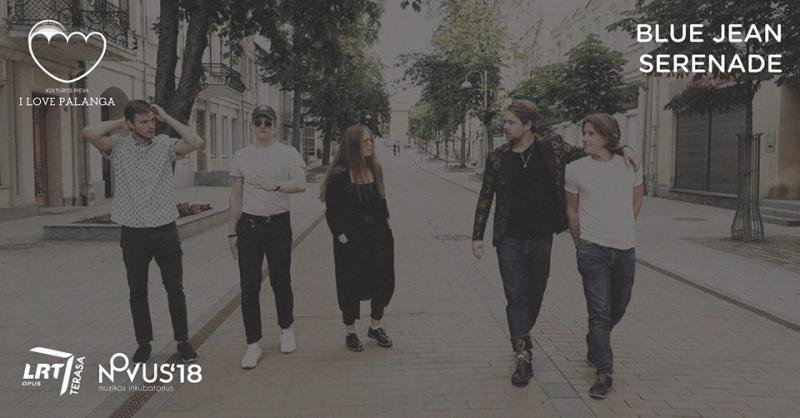 BLUE JEAN SERENADE (V):
Friends and family members. Indie pop- rock band from Riga.
Originated in Kandava, back in 2014, when two basketball teammates- Jānis (rhythm guitar, vocals) and Tomass (drums, BV) decided to spend their leisure time between practices on summer camp, by playing popular Latvian band covers on acoustic guitar and trash can used as drums. In the course of time, the band has grown into a 5- piece, where Anna (Janis’s sister) plays keys and sings, Reinis is the lead guitarist and Edgars is responsible for the lower frequencies on the bass. Songs about nice things in the world as well as about what needs to be changed.

“The best feeling is to see how people dance, singalong and have a good time while we are playing. That generates a massive energy and love for us.“

Until now band has released an EP "All My Friends Care About Celebrities, Well, I Don’t”, as well as two radio singles “Electric-Pony” and “Avotu Iela”, which successfully participated in Radio SWH contest “Priekšnams” for upcoming acts, thus becoming the listeners favourite on July, 2017.
The band is planning to release a full-length album on early 2019.

Music is available on Spotify, ApplePlay and on all the other popular streaming services.